Our admin team is on winter break from December 23, 2021 through January 3, 2022. We are available for current clients, but non-urgent matters and service inquiries will have a delayed response time. If you'd like to inquire about classes, labor support, or postpartum support, please fill out our contact form and Cait or Shawna will be in touch the first week of January. Take good care and we'll see you in the new year!

The Victorias, the victorious 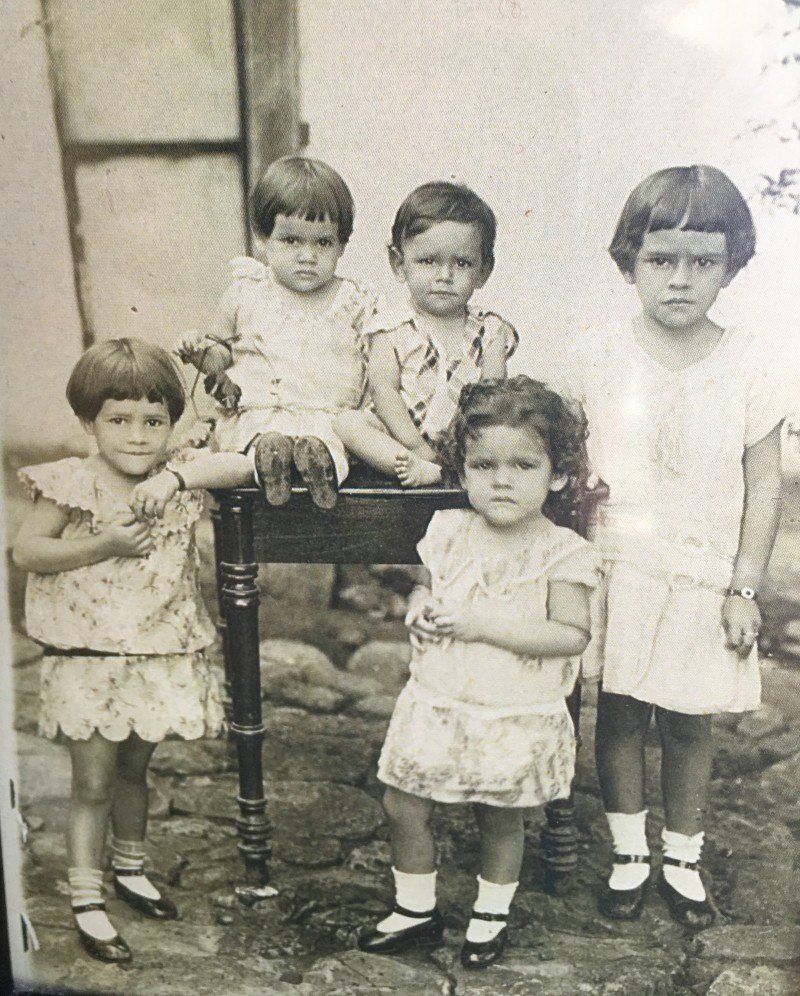 In the spirit of today – International Women’s Day, Dia de la Mujer – I want to tell you a story about two incredible women, the Victorias.

Every summer, for the first 14 years of my life, I traveled to Colombia with my parents and brothers to be with our family. My dad and brothers would usually stay for a couple weeks, and then return back to the States. My mom was a school social worker, so she had summers off, and she and I would stay in my tia’s apartment in Bucaramanga for nearly a month each summer. In the beginning, both my abuelita and her sister lived in that apartment as well. After abuelita’s sister, Maruja, died, only the Victorias remained: abuelita Victoria and tia Victoria, known to us as Toyita.

During my early childhood, abuelita Victoria had some form of dementia. It wasn’t diagnosed, but it was pretty apparent. Even as a kid, I could tell she was not totally with us when we were together. I remember sitting at the dining table playing solitaire – with actual cards – while she sat in her rocking chair over to the side, just to keep her company. She wouldn’t talk to me, or sometimes even look at me, but I always felt like she wanted me to stay there. So I did.

Abuelita Victoria died in 1993. I remember helping my mom cross stitch her mother’s name on a decorative satchel where her ashes would be placed before being placed in the crypt. Victoria Eugenia Rueda, born 1900, died 1993. I remember traveling to Colombia with my mom, satchel in hand. I remember walking to the church, I remember paying respects to all our other family members who had died before her. I remember feeling sad that I didn’t get the chance to know her while she was still a vibrant and powerful woman. I hadn’t gotten to really know the woman who became a mother of 15 children: 10 girls, 3 boys, 2 angel babies. Toyita (#3 in the bunch) said she couldn’t recall a time during her childhood when her mother wasn’t pregnant.

She was not a sentimental woman. She was stern; all business unless you caught her off guard, she’d let her wry sense of humor slip with a one liner. She was a strong, no-nonsense woman, who did things her own way. Her own way included birthing every single one of her babies in her own home with my abuelito Luis, a pharmacist, ready to catch every single one, even Luisa (#10) who was born breech.

In a family of 13 kids, older siblings absolutely helped raise younger siblings. As this was the case, Toyita raised my mother.

My mom and I continued to stay with Toyita every summer. It was just the 3 of us, most of the time. Toyita never married and never became a nun – the two standard options for women growing up in her era in her family. She had been a teacher, and an excellent one at that. And then once she retired, her job was taking care of her own ailing mother and aunt. Once they both died, she was alone.

We had a routine:

Get dressed and go around town taking care of errands: church, trips to the bank, market, occasionally we’d see some of my other aunts and cousins.

Everyone in my generation was a solid decade or two older than me, and the next generation were babies. So I stuck with my mom and my mom stuck with Toyita.

We’d come back for lunch, which in Colombia is generally a delicious feast involving soups, rice, some kind of meat, beans, vegetables and freshly made fruit juice made from whatever fruit we bought in the market that morning.

And then: crossword puzzles. We did crossword puzzles together every single day. My mom and I were in charge of the dictionaries, yes multiple. Toyita would tell me to look up a word; I would recite the definition. That wasn’t quite it. Try this other word. Nope, not it. Mom, what does yours say? Ok lets try a different word. And so on. When we got stumped, we’d play cards. I taught them both how to play Uno, Speed, and War. I usually won.

She and my mom would tell me stories about when they were kids and how terrible my uncles were to their aunts and sisters. It all sounded like so much fun to grow up with such a large family.

Toyita died on January 30, 2016. She had just turned ninety-years-old. She was in poor physical health and I hadn’t seen her in years. I had talked to her on the phone maybe twice in that time span: once when I got married and again when I had my first child, Victoria.

I regret not talking to her more, but what I regret the most is that my own Victoria will never meet the Victorias that came before her. The women who’s strength and resilience brought my mother and I to the places we are now, who helped guide us to become the women, the mothers, the sisters, the people we are now. As Toyita’s health failed her, the roles reversed and my mother was her caretaker. And in true Victoria fashion, she refused to come live with my mom, refused to live in an assisted living home, refused a lot of things. In her last days, she even tried to refuse her breathing tube. The day she didn’t fight the doctors, was the day we knew she would be leaving us.

Victoria: in both English and in Spanish means victory.

To me, it represents victory after a struggle. Each of the Victoria’s in my life have had their own struggles, as women, as mothers, as caretakers, as people: fierce, strong, determined and powerful. My daughter in her mere 4 years on this planet already carries this tradition, and well, in true 4-year-old form.

So on this day, Women’s Day, Dia de la Mujer, I remember the Victorias in my life and I thank them. May we all be as victorious in our endeavors as women, mothers, daughters, and caretakers of each other and the earth as those that have come and gone before us.